The cost of national action plans to achieve biodiversity targets agreed at the 2010 conference of the Convention on Biological Diversity (CBD) has been estimated at “between US$ 150 billion and US$ 440 billion per year.” by a UN High Level Panel. Targets for biodiversity finance required by the more recent 2015 Sustainable Development Goals will be even more demanding. Nonetheless, most scientists believe that the ultimate costs of not achieving these targets would be higher still.

As such financial goals are almost certainly out of reach, environmentalists press governments to take a more holistic view, addressing areas of expenditure which lead to destruction of biodiversity – such as inappropriate agriculture and fishing subsidies.

Another option is to scale up an established model known as “payments for ecosystem services” (PES) in which a government, or other beneficiary of a natural resource, pays households and farmers whose land management dictates its sustainability. There are about 550 PES schemes in place globally, the most popular being watersheds, for which transactions valued as $25 billion were in place in 62 countries in 2015. Many of these schemes have social as well as environmental objectives, typically associated with rural development.

As with other multilateral environmental agreements, the poorest countries will require assistance in funding their biodiversity plans. This topic is prominent in the biennial CBD conferences but the outcome is invariably similar to that for climate finance, with vague assurances that small amounts of aid funding can leverage large amounts of private sector engagement.

The best-known example of a model for transferring resources from rich to poor countries, indirectly benefiting biodiversity, is technically classified as climate finance, having evolved in climate change negotiations for tackling deforestation. Reducing Emissions through Deforestation and Forest Degradation (REDD) involves payments to forest communities in return for measurable conservation of the forest inventory.

In practice, designing such schemes in low income countries is proving far more complicated than the basic principle implies. And REDD is criticised as a cheap licence for rich countries and businesses to carry on polluting.

The richer countries, too, face the challenge of resourcing substantial price tags attached to their own biodiversity action plans. There is widespread interest in experimenting with financial mechanisms which aim to overcome the failure of contemporary economics to reflect the value of biodiversity in market prices.

A series of reports demonstrating possible economic tools has been published under the heading of The Economics of Ecosystems and Biodiversity (TEEB), a research initiative sponsored by the UN Environment Programme. By attributing monetary values to “ecosystem services”, the studies argue that decision-making by policymakers and businesses could be better informed; for example, by comparing the cost of restoring a damaged ecosystem with the economic benefit of a development.

The TEEB publications introduce ideas that go further than PES schemes, many under the banner of “innovative” private sector finance and “market mechanisms” for biodiversity. A 2013 UK government publication, described as a “best practice guide”, states that “examples of market-based mechanisms include trading systems in which irreversible damage (to biodiversity) in one place is compensated for through improvements elsewhere (eg biodiversity offsetting).” The European Commission has also conducted a consultation on biodiversity offsetting.

Many environmentalists question the scientific basis of offsetting. Critics of market mechanisms anticipate the biodiversity equivalent of carbon trading which has a chequered history in raising climate finance. And they object in principle to putting a price on functions in nature which are critical to human life, observing that it is impossible to calculate the cost of restoring an extinct species or an ecosystem which has totally collapsed.

If the economics of biodiversity fails at the extremes, then there may be no choice but to respect a combination of science and the precautionary principle in our search for sustainable development.

Recent news and analysis about Biodiversity

6% of Earth’s protected land is used to grow crops 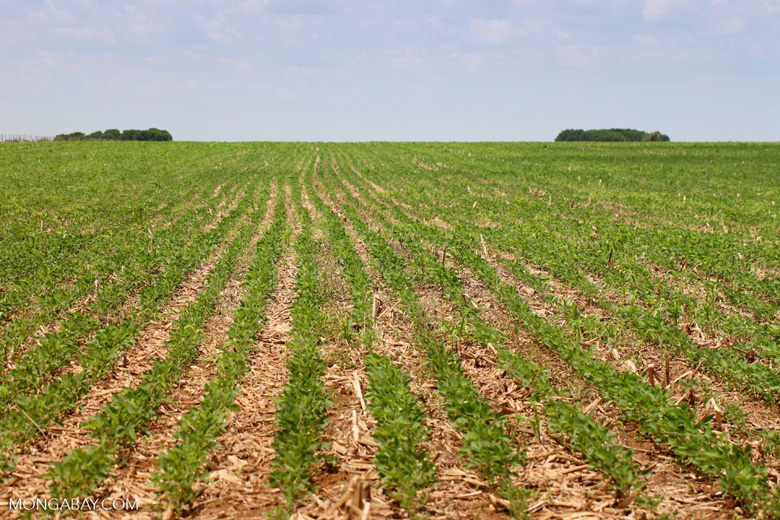 23/1/2021: A new study reveals that 6% of the world’s protected land has been cleared and converted to crop fields, further evidence that the planet’s protected areas may not be living up to their name.

13/1/2021: At the recent One Planet Summit for Biodiversity the Great Green Wall for the Sahel and Sahara Initiative received $14 billion in additional funding pledges for the next ten years. This financial support will scale up efforts to restore degraded land, create green jobs, strengthen resilience and protect biodiversity.

12/1/2021: Thanks to Norway’s Ministry of Climate and Environment and the satellite monitoring group Planet, anyone with an internet connection can now view monthly updates of high-resolution satellite imagery of tropical forests for free.

2/1/2021: We are in the middle of a biodiversity and climate change emergency – and the two are inextricably linked. Climate change is driving nature’s decline, and the loss of wildlife and wild places leaves us ill equipped to reduce carbon emissions and adapt to change.

How can the Belt and Road better protect biodiversity?

28/10/2020: With research showing the impact of infrastructure projects in Southeast Asia, experts call for the protection of ecosystems to be taken into account, especially in China's Belt and Road project, the largest of all.

The world's banks must stop paying for the destruction of nature

28/10/2020: Sir Robert Watson, former chair of IPBES, suggests that the world's major banks are providing the capital that exploits our lands and seas, putting biodiversity in freefall. He calls for regulations to enforce accountability for financial institutions.

How much will it cost to save nature?

28/9/2020: Protecting and enhancing biodiversity and ecosystems will be eye-wateringly expensive, but experts are clear that business as usual will cost even more. The “sixth mass extinction” poses a threat not just to species and ecosystems, but also to economies.

30/9/2020: The recently-released United Nations’ Global Biodiversity Outlook 5 reveals that biodiversity is declining at record rates, and only six of the 20 goals laid out by 2010’s Aichi Biodiversity Targets have been “partially achieved.”

28/9/2020: A pledging conference to halt the decline of biodiversity worldwide yielded only a handful of vague financial commitments from European governments. The world currently spends less than $100 billion a year on nature, leaving a shortfall of $600 to $824 billion a year.