The rate of increase in greenhouse gas emissions and decrease in biodiversity both exceed the tolerance threshold of a stable earth system. That is the verdict of research into “planetary boundaries” by the Stockholm Resilience Centre. This research also warns that the interaction between a changing climate and biodiversity will create uncertain scenarios.

This looming concern amongst earth scientists was confirmed in the 2019 IPBES Global Assessment on Biodiversity which ranked climate change as the third most significant cause of biodiversity loss. The report warns that global warming shrinks the area of habitat in which species can survive, whether terrestrial or marine. Even at 1.5 degrees of warming this impact is of concern. At 2 degrees, the impact doubles.

A 2017 study published in Science journal warns that “climate change is impelling a universal redistribution of life on Earth.” The lead author states that “land-based species are moving polewards by an average of 17km per decade, and marine species by 72km per decade.” Birdlife is also known to be sensitive to changing temperature of habitats.

The same threat exists in the oceans. Research published in the Proceedings of the US National Academy of Sciences (PNAS) warns that marine species may lack the ability to adapt to the pace of ocean acidification and warming caused by carbon dioxide emissions. Describing the impact of the consequent loss of biodiversity as “overall simplification of ecosystem structure”, the researchers predict that “the future simplification of our oceans has profound consequences for our current way of life, particularly for coastal populations and those that rely on oceans for food and trade.”

Rising temperatures therefore create the perverse situation in which animals and plants need to move out of national parks and other protected areas for their own survival.

Concern about these damaging impacts of global warming are redoubled by awareness of the vital role that biodiversity plays as a defence mechanism against climate change. The value of mangrove and coral reef ecosystems in mollifying the impact of rising sea levels and storm surges is an example. Almost every country in the world is scouring its indigenous gene pool for varieties of staple crops that might be tolerant to higher temperatures, drought, floods or salinity.

Likewise, recent science has improved our understanding of the role of the biosphere as a sink for carbon. Terrestrial ecosystems, led by tropical rainforests, absorb about 25% of anthropogenic carbon dioxide emissions, whilst the oceans soak up a further 25%.

A warming planet is stressing these ecosystems, threatening to disrupt vital components of the carbon cycle. Ocean acidification and bleaching of coral reefs are examples already apparent at 1 degree of warming.

Tropical forests provide a particularly complex illustration of this highwire dance between climate and biodiversity. Rampant deforestation releases carbon dioxide through disturbance of the residue of carbon in the soil, the decay of leaves and wood, and combustion. Figures published in 2013 by the Intergovernmental Panel on Climate Change showed that deforestation contributes about 10% of global greenhouse gas emissions, most of which relates to tropical forests.

Forest ecosystems will themselves react to the changing climate. In very general terms, greater concentration of atmospheric carbon dioxide increases biomass formation whilst higher temperatures reduce it. The net effect is likely to be positive in temperate forest regions (mostly richer countries) and negative in the tropical forests (mostly poorer countries).

Scientists are particularly concerned that warmer and drier conditions could transform parts of the Amazon rainforest into savannah, with implications for disrupting rainfall patterns in the United States.

The presumption within international climate change agreements that two degrees of global warming represents a tolerable threshold is therefore not strongly supported by the science of biodiversity.

5/2/2020: Indigenous ideas of nature are gaining a foothold in mainstream legal systems by making rivers, forests and even rice legal persons. Can rights of nature laws protect ecosystems?

29/1/2020: Global biodiversity talks in China this year will highlight nature-based solutions that could meet one-third of Paris Agreement climate goal by 2030.

As we act on climate, we mustn’t neglect nature 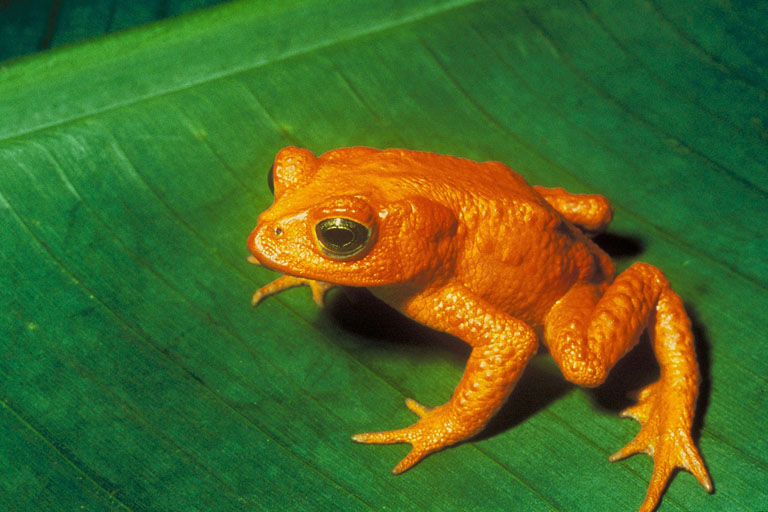 14/1/2020:  Climate change is actually only half the story when it comes to our environmental crisis. The other catastrophe is of course the ecological crisis which threatens a million species with extinction over the coming decades. A personal view.

13/1/2020: The draft plan will be used as the basis of negotiations at a meeting in Kunming, China, where governments are to agree on global rules to protect life on Earth.

31/10/2019: Cristiana Pașca Palmer faced allegations of discrimination against African staff and intervention in the renewal of her contract. She has resigned in the midst of preparations for the UN Biodiversity Conference in China.

Biodiversity is not just an environmental issue 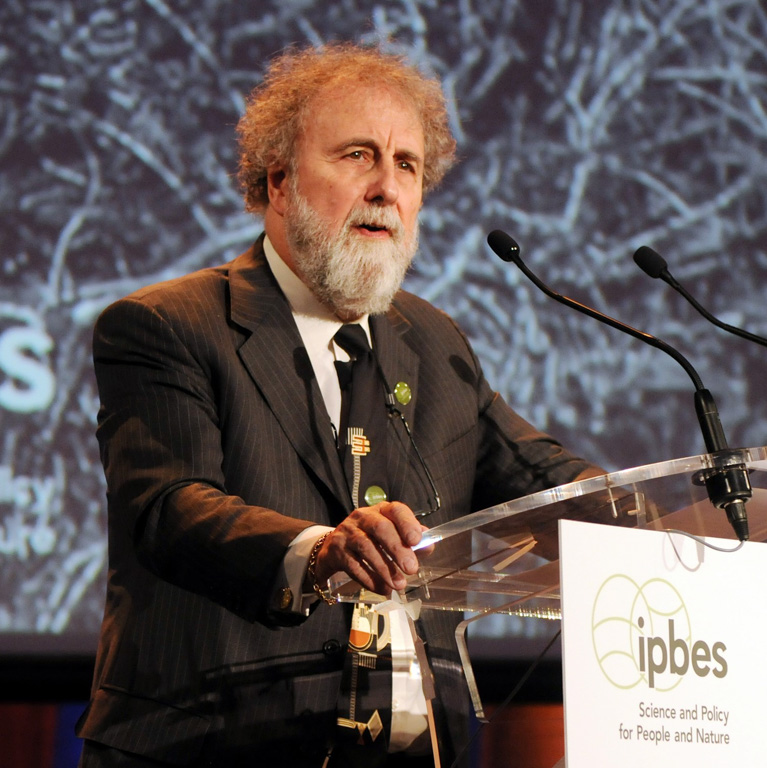 17/10/2019: An interview with IPBES ex-chair Robert Watson discusses the importance of biodiversity to global development and economics. 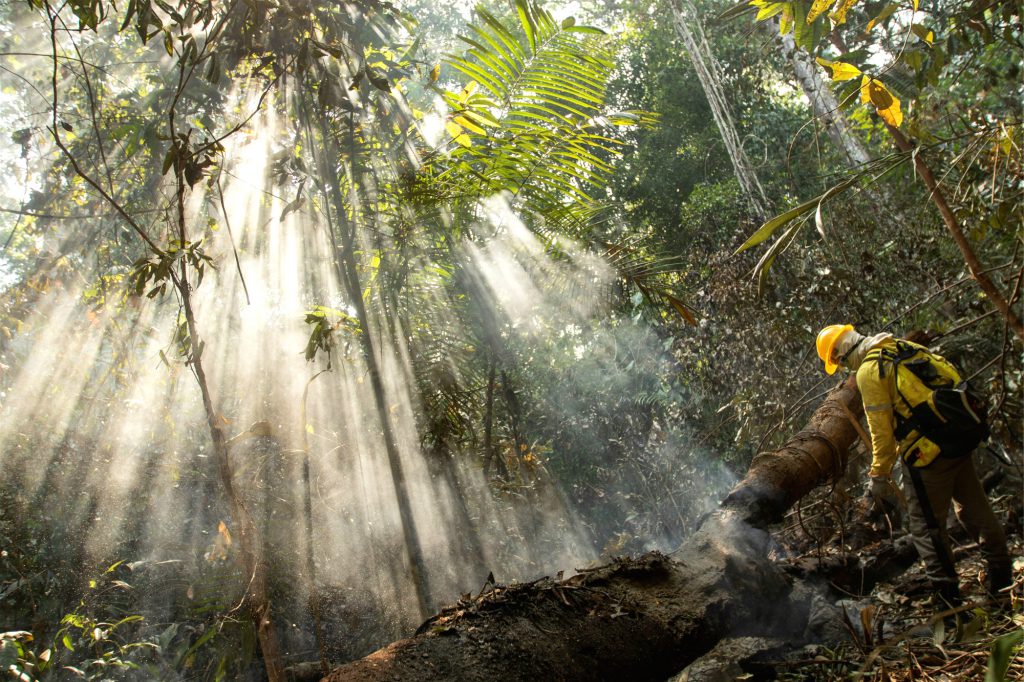 4/9/2019: The first round of talks on a post-2020 framework to protect and restore global biodiversity closed in Nairobi last week, with a focus on how to implement it.

This country gave all its rivers their own legal rights 18/8/2019: The Bangladeshi Supreme Court has given all rivers in the country legal rights. People who damage a river can get taken to court by the government-appointed National River Conservation Commission.

Alex Rogers: ‘We are accelerating biodiversity loss in the ocean’

12/8/2019: One of the world’s leading marine biologists discusses how we can turn the tide on the loss of sea life. 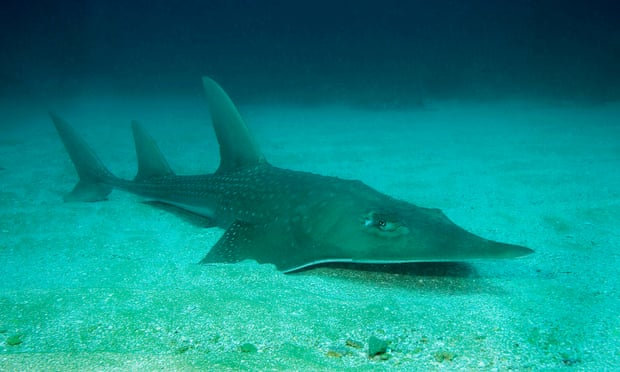 18/7/2019: Humanity’s destruction of wildlife is continuing to drive many species towards extinction, with the latest “red list” showing that a third of all species assessed are under threat.