Straightforward explanations for food shortages and hunger have a seductive simplicity. It is indeed intuitive to suggest that the demand of our rapidly rising world population for more food with less available land is doomed to fail.

The reality is far more complex. The science of global environmental change is uncovering important interactions between climate, biodiversity and soil quality. At the same time, health concerns have raised awareness that the nutritional value of food matters more than quantity. And, as so often, the political failings of international cooperation stand in the way of equal access to basic human needs.

Global Inequality
For individual households, poverty is the driver of food insecurity. Lack of money precludes the purchase of food, however plentiful its availability. Shortage of food is not the cause of global hunger.

Without determined intervention, poverty and hunger lock together in a downward spiral of cause and effect. Hunger and malnutrition reduce the physical and mental capacity of families to escape poverty though work and learning. The international poverty threshold of $1.90 per day is insufficient to purchase healthy food. It is no coincidence that the official global statistic for extreme poverty (631 million) is very similar to that for global hunger (690 million).

How COVID-19 impacts food insecurity – The New York Times’ global economic correspondent, Peter Goodman, explains why the poorest households are the most vulnerable, from CBS News

Although headline economic performance in Africa has improved, over 19% of its population lacks consistent access to sufficient food. The farming sector and its infrastructure have been allowed to fall behind global standards by domestic and international political failure to invest. The 2003 Maputo Declaration signed by African Union leaders in 2003, and renewed a decade later, called for 10% of national budgets to be dedicated to agriculture. Only 7 out of 54 member countries have achieved this goal consistently.

The proportion of foreign aid to poorer countries (from OECD countries and multilateral institutions) allocated to agriculture fell from 9% in 1995 to 5% in 2018. The consequence of such prolonged lack of investment is an inadequate infrastructure for rural economies. As much as 40% of harvested crops may be wasted due to ineffective farm machinery, storage facilities and poor roads in many developing countries.

Agriculture contributes just over 15% of the GDP of Africa, despite engaging over 60% of the population to some extent. Whilst small farms in Africa have many advantages in striving to improve yields, the division of plots through shared inheritance sooner or later becomes unsustainable. A further obstacle to rural economic development is insecure tenure, a fact of life for the majority of poor farmers. Less than 10% of the land in Africa is covered by title documents. This deters investment and increases vulnerability to eviction by state or corporate interests.

Weak tenure has become more acute with the feminization of agriculture brought about by young men migrating for urban work. Women now produce 60%-80% of food in the poorest countries, despite owning only 10%-20% of the farms. Discrimination limits availability of credit, advisory support and access to local economic decision-making.

Gender Equality for Food Security – a new measure for assessing the link between gender inequality and food insecurity, from World Food Programme

Conflict
The disappointing increase in global hunger since 2014 has been attributed to the persistence of conflict in several of the world’s poorest countries and regions. It is generally impossible even to measure undernourishment and malnutrition in the most serious conflict zones. The current best estimate is that 77 million people suffer from acute hunger in these zones, many cut off from humanitarian aid.

The four countries at severe risk of famine in early 2021, South Sudan, North Eastern Nigeria, Burkina Faso and Yemen, are all undermined by significant insurgent conflict. Food production in Syria has also collapsed. Warring parties in these countries show little compunction in the denial of food as a weapon.

For all the principled vision of the Sustainable Development Goals, the dream of ending global hunger by 2030 cannot be realised without fresh resolve to activate mechanisms for conflict resolution.

Environmental Change
Rising public anxiety over the threat of species extinction has drawn attention to the sensitive relationship between biodiversity and food security. The productivity of modern industrial farming has been phenomenal. Global grain production tripled between 1961 and 2010, a period in which the area under cultivation expanded by only 25%. But the achievements of this “green revolution” have been at the expense of the natural environment on which agriculture ultimately depends.

Climate change and global warming accentuate the reality that biodiversity loss is both a direct cause of food insecurity and a risk to be managed for the future. One explicit example of this dynamic is the problem of land degradation.

The fragile topsoil of sub-Saharan Africa, a non-renewable resource, is losing vital nutrients through unbroken cycles of planting and overgrazing, often on unsuitable arid or semi-arid land. Desertification in West Africa may be advancing at the rate of 5km per annum.

The estimated global loss of 12 million hectares a year through soil degradation runs directly counter to the demands of a rising world population aspiring to richer diets. According to the UN Convention to Combat Desertification, one third of the planet’s land is severely degraded.

By contrast, crop yields and grazing quality in tropical regions are already close to their limit of temperature sensitivity. With temperatures in many parts of inland Africa rising faster than the global average, maize yields may be affected even within the coming decade. “Slow onset” events such as desertification and ocean acidification present fundamental challenges to poorer farmers and fishing communities.

The uniquely insidious impact of climate change is therefore to exacerbate all the underlying social and political dysfunctions that cause food insecurity. The State of Food Security and Nutrition in the World published in 2020 by the UN Food and Agriculture Organization warns that: “(climate change) will lead to a general decline in agricultural production over the next two to three decades, turning into a major cost driver for food in the near future.”

How climate change is worsening food insecurity – the growing climate crisis could force an extra 183 million people into hunger by 2050, from Thomson Reuters Foundation

26/7/2022: Increased demand for water will be the biggest threat to food security in the next two decades, says a new report that identifies and ranks the top ten risks. It calls for collaboration between scientists and policymakers to boost resilience in global food systems.

22/7/2022: Russian and Ukrainian ministers have signed the Black Sea Grain Initiative which should stabilize global food prices and bring relief for developing countries on the edge of bankruptcy.

Joint Statement by UN leaders on the global food crisis


15/7/2022: Leaders of UN food and finance agencies have again voiced their concern for global food security. They urge actions in four key areas: providing support to the vulnerable, facilitating trade and international supply of food, boosting production and investing in climate-resilient agriculture.

6/7/2022: The UN's 2022 edition of The State of Food Security and Nutrition in the World reports that as many as 828 million people were affected by hunger in 2021, 150 million more than in 2019. The Sustainable Development Goal of ending hunger, food insecurity and malnutrition by 2030 is in trouble.


28/6/2022: The G-7 group of leading nations has pledged contributions totaling $4.5 billion to address the deterioration of global food security due to Russia’s war in Ukraine and the continued effects from COVID-19 and climate change. Apart from the US share, few details have been presented. 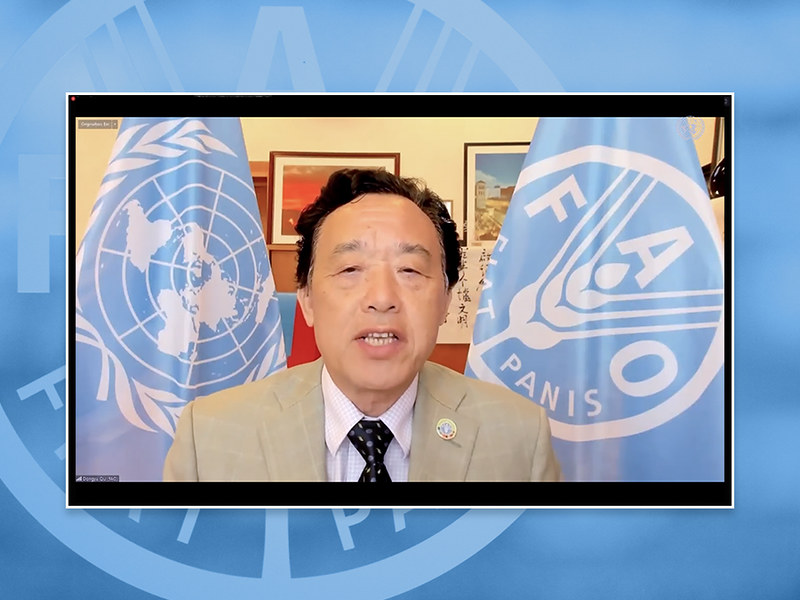 24/6/2022: The G7 ministerial conference "Uniting for Global Food Security” hosted in Germany was addressed by the Director-General of the UN Food and Agriculture Organization. He outlined five urgent steps to halt the global food crisis. 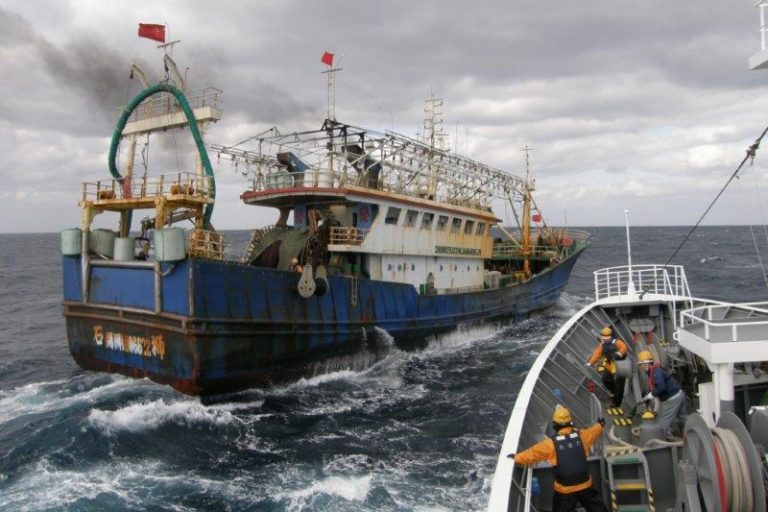 17/6/2022: The World Trade Organization has reached a multilateral agreement that bans government subsidies for fishing of already-overfished stocks and curbs those that contribute to illegal, unregulated and unreported fishing. Governments spend around $35 billion annually on fishing subsidies, with $22 billion of that amount regarded as harmful.


5/6/2022: Many countries have panicked in the face of global food shortages, restricting trade in essential produce in defiance of lessons learned in the 2008 crisis. The G20 summit meeting in Bali in November will be an opportunity to restore global coordination and roll back trade restrictions.

6/6/2022: UN food agencies are concerned that the perfect storm of global crises is undermining relief operations in the world's hunger hotspots. Ethiopia, Nigeria, South Sudan, Yemen, Afghanistan and Somalia all have areas at risk of the most catastrophic conditions, with up to 750,000 people facing starvation.