The 2007/08 food crisis inspired global governance reforms. These aimed to achieve greater consistency between national food action plans and to eliminate duplication between aid agencies. For this purpose the Committee on Food Security (CFS) was modernised to ensure that the views of governments and civil society would combine with those of the three major UN food agencies – the Food and Agriculture Organization (FAO), the World Food Programme (WFP) and the International Fund for Agricultural Development (IFAD).

The CFS is supported by a High Level Panel of Experts on Food Security and Nutrition (HLPE), a scientific body providing independent analysis for policy makers. Over the last decade this combination has published a sequence of guidelines and non-binding policy frameworks on controversial issues relating to food security. These include the volatility of commodity prices, the use of land for biofuels rather than food, and institutional investment in agriculture, otherwise described as land grabbing. Whilst these topics have subsided in the headlines, they remain as very real risk factors for the governance of global food security.

More recently, in preparation for the UN Food Systems Summit, convened by the UN Secretary-General in July 2021, the CFS has produced the Voluntary Guidelines on Food Systems and Nutrition. These Guidelines aim to assist governments with strategies to eradicate hunger and malnutrition.

A dedicated summit of this importance will expose tensions between policy makers, implementing organisations, and major donors from public and private sectors. The role of the CFS itself is under the microscope.

Monitoring food security throughout the world is the core mandate of the FAO. It coordinates a flagship annual publication currently titled The State of Food Security and Nutrition in the World. For more logistical purposes, the FAO’s Global Information and Early Warning System is a vital alert of serious hunger situations

This System is the primary source informing the WFP for its most important role, the distribution of food aid. In 2019 the agency supported 97 million people in 88 countries, requiring contributions of $8 billion. The World Food Programme was awarded the Nobel Peace Prize in 2020.

The US provides approximately 50% of all food aid but insists that most of its aid should be disbursed as surplus grain from US national stocks – and that the chain of delivery must be tied to US shippers and contractors. These conditions add time and expense to the delivery of food aid.

Most humanitarian experts advise that food should be purchased from surplus areas within the beneficiary country, not just on grounds of cost and delivery time but also to inject activity into the domestic economy.

In a less unequal world, poorer countries should be working more closely with the World Trade Organization (WTO) than the UN food agencies. A rules-based  international trade regime for agriculture should deliver fair access to global food markets for all countries but history has erected barriers to this ideal.

Determined to support the dominant profile of small family farms in the aftermath of the Second World War, the European Common Agricultural Policy and the US Farm Bill both provided generous subsidies and protective tariffs. These policies proved successful, generating colossal internal food surpluses.

Ambitions of the poorer countries of the modern world to copy this approach remain unfulfilled. In controlling  the WTO’s supposedly open market rules, the richer countries refused to unravel their own protectionist model.

This hypocrisy remains a fundamental barrier to effective food security strategies in developing countries. Domestic markets continue to be undercut by cheap food imports dumped by rich countries. As a result, almost all the 48 Least Developed Countries are dependent on food imports, vulnerable to unpredictable world prices. Sub-Saharan Africa paid $43 billion for its food imports in 2019, a sum sufficient to deliver universal coverage of electricity in that region.

World Bank and OECD estimates suggest that leading economies provide their agriculture producers over $600 billion of annual support. A further $150 billion each year is believed to be subsidising the unsustainable activities of fishing fleets of wealthy countries, denying vital protein resource for local coastal communities. Although these subsidies are expected to fall, the total is likely to remain astronomic compared with the UN’s estimate of the annual cost of eradicating hunger by 2030.

9/12/2021: Pressures on land and water resources have increased to a critical point over the past decade, according to a new UN report. Human-induced soil degradation affects 34 percent - 1,660 million hectares - of agricultural land.

Africa’s quest for food security must be premised on realities

10/12/2021: While there’s an urgent need to improve productivity in African agriculture, emphasis should be laid on ridding the food systems of inequality. True security and sustainability come with a more open and participatory food system where both the small- and large-scale farmers have an equal opportunity to flourish. 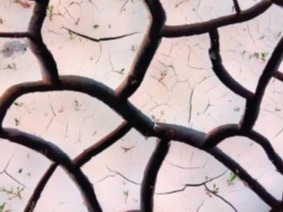 3/12/2021: A UN report estimates that more than 10% of the world's cropland is salt-affected, posing a major risk to global food security. The worst affected regions are in Central Asia, the Middle East, South America, North Africa and the Pacific.

2/12/2021: Hopes that World Trade Organization would finally reach an agreement to ban subsidies that cause overfishing have been dashed by the indefinite postponement of the ministerial meeting, due to the Omicron variant. The latest draft agreement shows considerable progress over the last year.

23/11/2021: The COVID-19 pandemic has been a major driver of the latest rise in global hunger estimates. A new report by the UN Food and Agriculture Organization warns that risks of further unpredictable shocks should be addressed in global agrifood systems.

Food security crisis in the Democratic Republic of the Congo 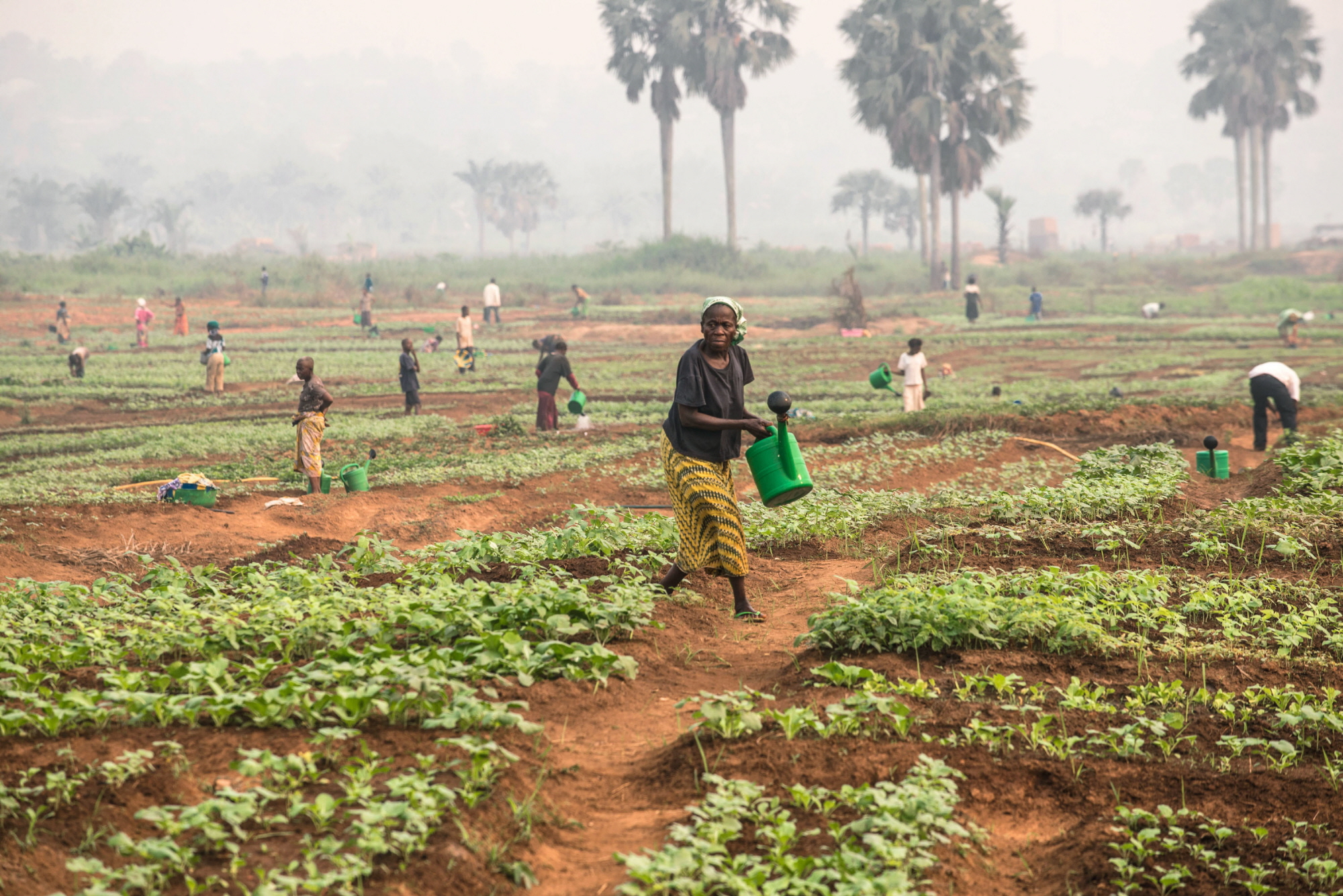 10/11/2021: A quarter of DRC’s population face crisis food insecurity conditions, fueled by poor harvests, violence-driven displacement, disease and collapsing infrastructure. The number of people in this crisis classification is expected to rise and is already higher than in any other country.


11/11/2021: A revised draft text for World Trade Organization negotiations on reducing fisheries subsidies has been produced in advance of its Ministerial conference later this month. Global subsidies stand at around $35 billion per year, depleting fish stocks, especially in coastal regions of West Africa.

8/11/2021: The World Food Programme has warned that the number of people classified as on the verge of famine  has risen to 45 million, up from 27 million in 2019. As global food prices hit a ten-year high, the cost of averting famine globally now stands at $7 billion.


3/11/2021: After drought and pests destroyed crops during the 2020-2021 farming season, nearly 65,000 farming households in Malawi have received cash payouts from an agricultural insurance programme of the World Food Programme. This is one of the largest crop index insurance payouts ever on the African continent, amounting to $2.4 million. 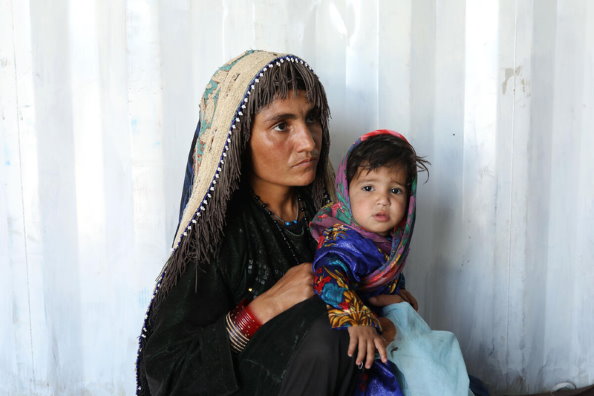 25/10/2021: More than half the population of Afghanistan – a record 22.8 million people - will face acute food insecurity from November.  According to the Executive Director of the World Food Programme, Afghanistan is now among the world’s worst humanitarian crises and food security has all but collapsed.