The causes of global poverty are multi-dimensional and complex, linked only by a universal failure of political will.

National governance
Almost every country is a signatory to UN human rights treaties which embrace social and economic rights for all. From a perspective of human rights, extreme poverty and inadequate access to education or health are caused by the failure of national governments to deliver their obligations.

For example, India is a country boasting nuclear weapons, battleships and a space programme. Such apparent wealth of resources sits uncomfortably with 218 million citizens living below the $1.90 international poverty line, 28% of all global poverty by this measure.

By contrast, the lowest income countries can point to their lack of financial and administrative capacity to tackle extreme poverty without international assistance. Nonetheless, many of these governments fail to prevent leakage of their limited resources through corruption,  irresolute tax collection and misguided subsidies of fuel and energy (which disproportionately benefit the rich). Several of the world’s most unequal countries are in Africa.

In many countries, rich or poor, household poverty is caused by a democratic deficit, in which citizens are unaware of the accountability of their elected representatives. Pre-election promises to remedy insecure land rights, promote equal opportunities for women and increase spending on agriculture and health tend to be overlooked without sustained grassroots pressure.

International Governance
With considerable justification, many of the least developed countries would attribute their shortcomings to structural legacies of history and global governance over which they had no control.

Most of the world’s poorest countries were vassals of the great colonial powers of the 19th and 20th centuries. The exit strategies pursued in granting independence cemented geographical boundaries that were inspired more by the politics of empire than the creation of robust nation states.

Too many countries found themselves lacking a critical mass of natural resources or population, landlocked, or seething with irreconcilable ethnic division. Over 60% of global poverty in 2015 was located in fragile states, worn down by recent or continuing violent conflict.

Newly independent countries struggled to attain fair representation in key international negotiations, either on account of exclusion or lack of capacity. Globalisation has generated great wealth in recent decades but its governance is driven by economic power rather than democratic principles.

This has been most apparent in rules-based regimes for global trade and intellectual property rights which have obstructed developing countries from reproducing proven models of industrialisation. Agricultural development has also been impeded by massive subsidies available to US and European farmers.

National control of domestic development strategies has been hampered by the presumption on the part of donor agencies that western political and economic ideologies should be reproduced. Expectations of democratic and fiscal rectitude are enforced through conditions attached to concessionary loans and grants. The consequences have not always coincided with the interests of the poor.

Population Growth and Climate Change
Population growth and climate change will greatly impede the delivery of poverty reduction programmes. But they are agents of aggravation rather than direct causes of global poverty.

There is nothing new about the interplay of population and poverty. In the UK the industrial revolution of the 19th century triggered both high population growth and appalling experience of urban and rural poverty.

The proceeds of that industrial wealth were eventually allocated to sustainable poverty reduction. The poorer countries of the 21st century remain at the earlier stage of the demographic cycle in which the provision of jobs and social benefits is overtaken by population numbers. Unless these countries can develop modern industrial economies, population growth will continue to impede poverty reduction.

By contrast, the impact of climate change has no precedent. It is however fast becoming part of the poverty agenda because poor people tend to live in the most vulnerable locations with limited means to adapt. For example, the river deltas of Bangladesh and Myanmar are densely populated by poor households exposed to risks of storm and tidal surges.

Research by the UK-based Overseas Development Institute estimates that 720 million people might be added to the global poverty count after 2030 if “business as usual” global warming emissions are allowed to continue. Such a figure would reverse most of the reduction in poverty achieved since 1990.

The inadequacy of government pledges to reduce greenhouse gas emissions is therefore inconsistent with pledges to eradicate global poverty.

True Cost of a Plate of Food Around the World 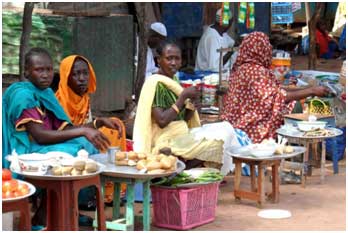 15/10/2018: In the world's richest countries, a simple meal would cost almost nothing to cook, perhaps less than 1% of average daily income. In a conflict zone such as South Sudan, this ratio jumps to more than 100%. Source: Inter Press Service


12/10/2018: The World Bank’s new human capital index ranks 157 countries according to outcomes they achieve on health and education. The Bank hopes that the tool will enable civil society to hold governments to account. Source: Devex

India counts down to its open defecation elimination goal


4/10/2018: In 2014 India’s Prime Minister launched the $31 billion Swachh Bharat, or “Clean India” Mission, promising that the country will be 100% free of open defecation by 2019. A sanitation convention in New Delhi takes stock of progress. Source: Devex

Tread Softly Comment: Such an ambitious goal fits the mould of Narendra Modi's track record of taking big risks in hauling India into the 21st century (demonetisation, Aadhaar biometric id, healthcare). Sanitation is arguably the hardest nut to crack in light of 70 years of similar endeavour, consistently failing. But the boss of WaterAid India says that "there has been dramatic progress.....since 2014" so maybe India's stubbornly awful poverty indicators are about to budge. Relevant Briefing: Global Poverty Statistics

25/9/2018: New global poverty statistics have been published to coincide with the 2018 UN General Assembly. The estimates broadly agree that extreme poverty is declining. But that decline is slowing, and many vulnerable people risk being left behind. Source: ODI

Tread Softly Comment: Getting to grips with global poverty statistics is confusing, with 5 separate reputable sources, plus reinterpretation of the target of "eradication" as not zero but 3%. The root of the problem is that official World Bank figures are based on out of date household surveys, provoking a variety of methods to bring them up to date. Relevant Briefing: Global Poverty Statistics

23/9/2018: Narendra Modi, has launched The National Health Protection Scheme which plans to provide around $7,000 of medical coverage to 100 million families or 500 million people, accounting for around 41% of people who fall below the poverty line. Source: Arab News

Tread Softly Comment: The timing of this Indian initiative may be motivated more by its election year than this week's focus on the Sustainable Development Goals at the UN General Assembly. However, commitment to health services for the poor is consistent with current moves led by the Gates Foundation to prioritise health and education as drivers of poverty reduction, rather than simplistic reliance on economic growth. Relevant Briefing: From MDGS to SDGs

Half of world’s poor are children

20/9/2018: Half of all people living in poverty are younger than 18 years old, according to estimates from the 2018 global Multidimensional Poverty Index. Source: UNDP 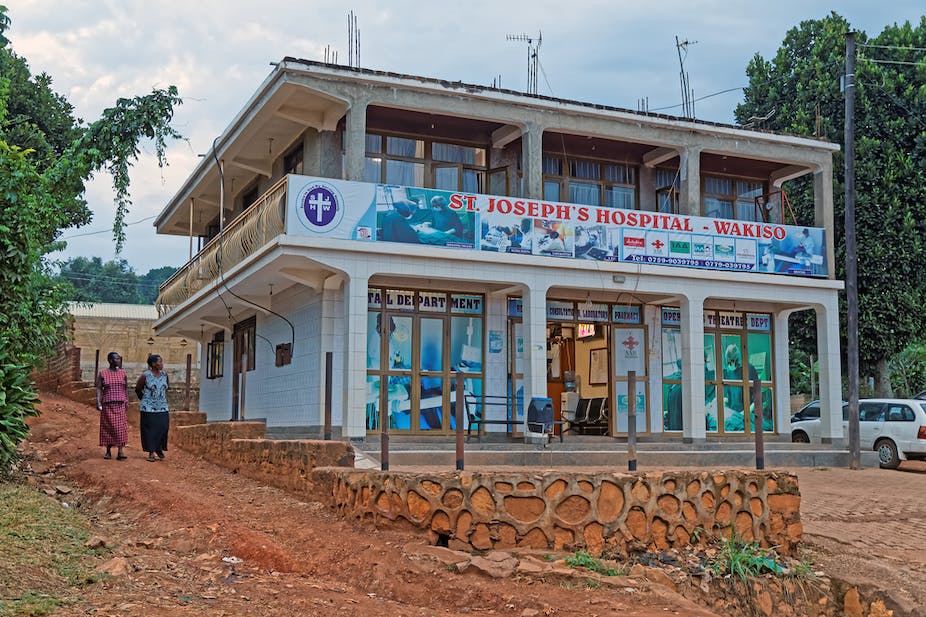 13/9/2018: Nearly half of all deaths and about a third of disabilities in low and middle-income countries could be avoided if people had access to emergency care. Most countries in Africa lack data even on the the number of their hospitals. Source: The Conversation

Financing the end of extreme poverty

Tread Softly Comment: This report approaches the financial mathematics of ending extreme poverty through the single dimension of providing essential social services. There's no reference to the dependence on conflict resolution, nor to the politics of aid which is currently veering away from poverty reduction towards economic stimulus, job centres and border control. Relevant Briefing: Aid Politics

12 Things We Can Agree On about Global Poverty

27/8/2018: There's a lot of heat on the topic of global poverty, but fundamentally a lot of agreement, too. Here's an attempt at a consensus position from experts on poverty data. Source: Center for Global Development

Tread Softly Comment: A series of helpful concise statements which focus on monetary poverty lines, rightly qualified by references to data shortcomings. However, not one statement refers specifically to inequality, surely an oversight, now that poverty and inequality have become inseparable in economic analysis. Strangely, the tag for the blog remedies the omission. Relevant Briefing: Global Poverty Statistics 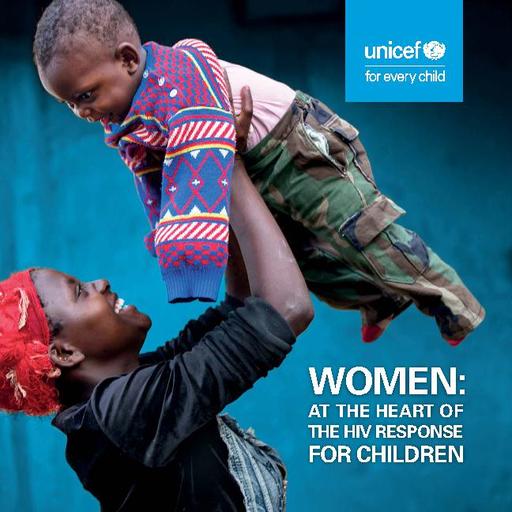 27/7/2018: UNICEF's senior HIV/AIDS executive identifies heroes in the 30-year fight against the epidemic, whilst predicting that West and Central Africa will become the region with the highest number of new HIV infections by 2050. Source: Inter Press Service.

Tread Softly Comment: It's worrying that Dr Chewe Luo is writing about projections of HIV infection in 2050 when the Sustainable Development Goals include a target to end the epidemic of AIDS by 2030. Also alarming is her statement that "HIV/AIDS is not under control in West and Central Africa," with the unstated inference that this region has not replicated the leadership on HIV seen in Southern Africa, essential to inspire behaviour change. Relevant Briefing: Should We Care About Poverty?