There are two separate philosophical responses to the question: “should we care about poverty?” First is the abhorrence of extreme poverty on ethical grounds which, for many, springs from religious teaching. This moral stance is greatly reinforced by awareness of the political injustice that has created and perpetuated the global divide.

The faith response to poverty finds secular expression in the 1948 Universal Declaration of Human Rights: “everyone has the right to a standard of living adequate for the health and well-being of himself and of his family.” The pursuit of poverty reduction as an obligation under human rights law is reflected in the mission statements of many UN agencies.

The second reason why we should care lies in self-interest. In a globalised world, countries large and small are interdependent. There are many examples of why this matters.

Extreme poverty is the key driver of international labour migration, a demographic which the richer countries are notoriously reluctant to accommodate. The unrelenting zeal of these countries to resist migration might enjoy greater success by addressing its root cause, rather than deploying blunt instruments such as border fences.

The 2014 outbreak of ebola in West Africa compelled a major international response to prevent its spread because health services in the affected countries were primitive. Global health management would greatly benefit from universal national capacity for participation.

Whilst the risk of terrorism is often complex in origin, extreme poverty is the ideal recruiting ground for its foot soldiers. And the poorest countries are more likely to be regarded as safe havens by terrorists.

From a more positive perspective, neo-liberal capitalism thirsts for a larger world economy. A prosperous Africa would increase the slice of the cake for others. If India could eradicate its mass rural and urban poverty, the country would achieve the economic superpower status it craves.

Decades of progress on extreme poverty now in reverse 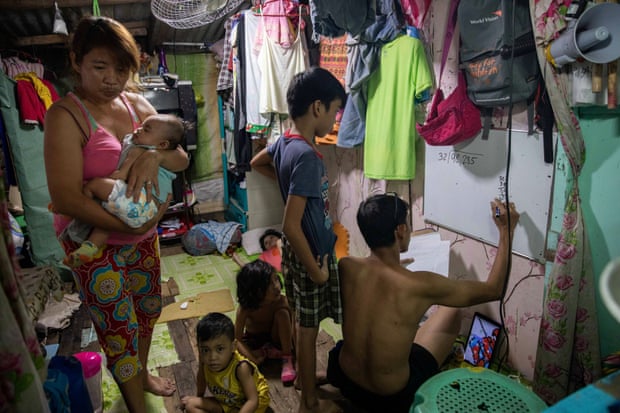 3/2/2021: The pandemic, combined with the climate crisis and crippling debt burdens, has led to an ‘unprecedented increase’ in global poverty. Experts are warning of a growing crisis in multiple areas from education to employment, likely to be felt for years to come.

Why the Inequality Virus should be the talk of Davos

26/1/2021: The pandemic has the potential to increase inequality in almost every country at once, the first time this has happened since records began over a century ago. An Oxfam report says that the fight against inequality should top of the agenda for every government on the planet.

15/10/2020: The phenomenal rise in extreme poverty – for the first time in 20 years — has been accompanied by an upsurge in the incomes of the world’s billionaires and the super-rich. The coronavirus pandemic has delivered a small number of big winners.

COVID-19 is changing the face of extreme poverty


7/10/2020: Not only will the COVID-19 pandemic force upwards of 100 million people into extreme poverty, but it will also reshape what extreme poverty looks like, according to a new analysis from the World Bank.

A short history of the idea of ending poverty


14/9/2020: The desire to end global poverty is a modern idea, having its origin in a mix of political and ethical perspectives which themselves change over time. Martin Ravallion traces the story of poverty concerns up to the Sustainable Development Goals.

Without help with COVID-19, low-income countries risk a lost decade

3/9/2020: Growth in low-income developing countries is likely to come to a standstill this year. Without a sustained international effort to support them, permanent scars are likely to harm development prospects, exacerbate inequality, threatening to wipe out a decade of progress in reducing poverty.

How has global multi-dimensional poverty changed over its first ten years?

23/7/2020: The global Multidimensional Poverty Index measures poverty not only by reference to income, but also to indicators such as poor health, education and housing. Over the last ten years, 65 out of the 75 countries profiled showed statistically significant reductions in poverty.

18/7/2020: In an unusually strongly worded speech, António Guterres has urged major reform to the UN security council, the International Monetary Fund and the World Bank, to address systemic inequalities exposed by the coronavirus pandemic.


8/7/2020: As COVID-19 grips the continent, the African Development Bank has upwardly revised its estimates to predict up to 37.5 million additional people entering extreme poverty in 2020, and that this could reach 49.2 million by 2021.


1/5/2020: The economic recession caused by the COVID-19 pandemic underscores the need to invest heavily in a greener economy to create jobs and reduce inequalities, said Olivier De Schutter, the new UN Special Rapporteur on extreme poverty and human rights.