The failure of macro-economic policies of the 1980s and 1990s created pressure on world leaders to share accountability for global poverty reduction. The outcome was the Millennium Declaration, a promise signed by all world governments to achieve eight quantifiable Millennium Development Goals (MDGs) with targets to be met by 2015.

The MDG for global poverty was achieved as early as 2010 but its target to halve the 1990 rate fell far short of a rights-based vision of an end to all poverty. This shortcoming has been rectified in the replacement set of goals known as the Sustainable Development Goals (SDGs) approved by world leaders in September 2015. “By 2030, eradicate extreme poverty for all people everywhere,” is the unequivocal text of Target 1.1 supporting the Sustainable Development Goal for Poverty. The indicator will be the international poverty line, currently $1.90 per person per day.

The mood at the UN meetings arranged to approve the SDGs was generally positive regarding the goal to end poverty. The global rate was down to 10.7% in 2013 (the most recent year for complete data) and its downward trajectory in recent years has been impressive. The MDG programme created pressure on developing countries to focus more on poverty reduction in their national economic strategies. The World Bank and IMF have also realigned their priorities.

However, optimism that the world may be in sight of eradicating poverty should be tempered by three awkward realities. First, few households that have escaped poverty in recent years are protected by a national social safety net. They remain vulnerable to economic shocks, in a global economy seemingly unable to dampen its volatility.

Second, the impacts of climate change and other global environmental disruption introduce an unquantifiable threat to poverty reduction programmes.

Third, the core of up to 500 million people whose extreme and persistent poverty is classified as “chronic” has not been reduced to any meaningful extent by the MDG programme. Those countries with recent or current experience of conflict, where much of this chronic poverty is located, are not responding well to humanitarian and peacekeeping endeavours.

These concerns are all the more acute given the current inadequacy of international political will to address them. Action on climate change seems likely to fall far short of scientists’ recommendations, whilst new sources of financial assistance necessary to address climate, poverty and peacekeeping goals are notoriously hard to locate.

Eradicating poverty is far more ambitious than halving it; radical new policies will be required. Zero global poverty may prove to be the most challenging of all the SDGs.

18/7/2020: In an unusually strongly worded speech, António Guterres has urged major reform to the UN security council, the International Monetary Fund and the World Bank, to address systemic inequalities exposed by the coronavirus pandemic.


8/7/2020: As COVID-19 grips the continent, the African Development Bank has upwardly revised its estimates to predict up to 37.5 million additional people entering extreme poverty in 2020, and that this could reach 49.2 million by 2021.


1/5/2020: The economic recession caused by the COVID-19 pandemic underscores the need to invest heavily in a greener economy to create jobs and reduce inequalities, said Olivier De Schutter, the new UN Special Rapporteur on extreme poverty and human rights.

Coronavirus could turn back the clock 30 years on global poverty 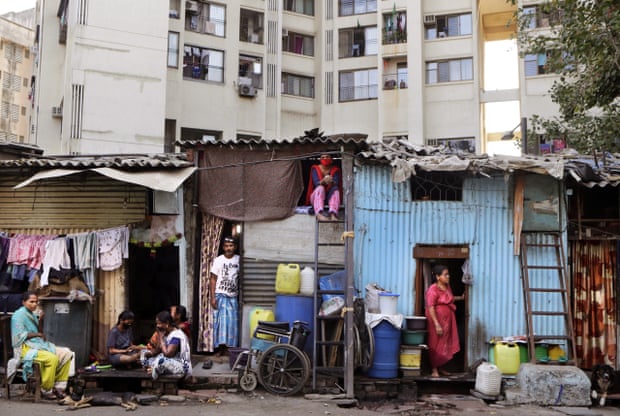 9/4/2020: Half a billion people could be pushed into poverty as economies around the world shrink because of the coronavirus outbreak, a new study has warned. If consumption falls by 5%, it would lead to the first increase in income-related poverty since 1990.


9/12/2019: The causes of inequality have evolved, and the way development progress is measured must follow suit. Measures of inequality must go beyond income and country averages, says a new UN Development Programme report.

Inequality and its many discontents


3/12/2019: Even in the most egalitarian society, not everyone has the same income or wealth. Some inequality is widely considered inevitable, or even desirable to incentivize effort. But most citizens resent inequality when it is unacceptably high, and rising.


26/11/2019: World Bank estimates suggest that social protection prevented 150 million people worldwide from falling into poverty in 2010, albeit unevenly. However, most of the poor and hungry in the world live in rural areas, surviving in the informal economy.

African countries are behind on progress towards poverty reduction goals

Inequality: is it rising, and can we reverse it?

9/9/2019: The rise of globalisation since the 1970s has fuelled a boom in income inequality in advanced nations. The biggest winners have been the richest 1% of people on the planet.

9/8/2019: The World Bank claims poverty is decreasing around the world but UN research shows it depends on what you measure. If we are serious about reducing poverty, we need to start by properly identifying it, says the International Trade Union Confederation.