Mainstream economic theory presents globalisation as a positive force in the search for an international development model to narrow the divide between rich and poor countries. This model perceives our world as a global village with shared goals, governed by common rules, with exceptions designed to offer a helping hand to countries struggling to modernise their economies.

The reality has seen too many underdeveloped countries excluded from the rewards of globalisation. Strategic priority sectors within manufacturing and agriculture require state support through subsidies and protective tariffs, together with protection from volatile foreign capital. This has been the historical international development model for most of the world’s major industrialised countries.

The grievance of today’s developing nations is that global regulations for trade, investment and intellectual property rights deny them this critical policy space. They argue that richer countries have pulled up the drawbridge behind their economic success by imposing a model that emerged through the 1980s known as the Washington Consensus.

This “neoliberal” or “open market” model favoured a diminished role for government through privatisation of state-owned enterprises, downward pressure on social spending alongside deregulation of barriers to foreign trade, investment and capitalist enterprise.

Enforced as a condition for World Bank and IMF financial support, this corrective economic medicine, often described as “structural adjustment”, is widely acknowledged to have been a disaster. The numbers of people living in poverty and hunger continued to rise through the 1990s. Countries that bucked this trend, such as China and Vietnam, were those that defied the western economic ideology.

The Washington Consensus model remains alive and kicking, having gained fresh notoriety in the guise of austerity programmes imposed on richer countries whose economies were damaged by the 2008 banking crisis.

The development model for poorer countries now advocated by the international financial institutions is more nuanced, not least due to the significant participation of China in Africa’s development programmes. A typical approach seeks to attract foreign investment through the creation of special economic zones, regions ring-fenced with business incentives such as streamlined bureaucracy, low rates of tax and a ban on trade unions.

The price of inclusion in globalisation by this means can be high; foreign investment has limited value to a developing country if no tax is paid, if no skills are transferred to local workers, if domestic businesses are forced to close and if no technologies or intellectual property rights are gained. Loss of national sovereignty is the undertone of globalisation.

New jobs created by this model are often compromised by pressure to drive down wage levels, labour conditions and environmental standards. Corporate social responsibility departments of large western companies are greatly exercised in vetting their production chains for sweatshop labour or environmental abuse.

By 2017 the economic performance of a number of sub-Saharan countries offered cause for optimism. Less clear was the extent to which this may have been driven by the scramble for natural resources rather than sympathetic policies of international financial institutions.

In 2015 the share of world trade in goods and services for 48 Least Developed Countries was less than 1%, according to UNCTAD figures. Such statistics, combined with increasing evidence of the environmental footprint of the rich on the poor, remain a poor advertisement for economic globalisation.

Embarrassed by the global divide, world leaders signed up to a wide-ranging set of Sustainable Development Goals in 2015. Unlike the preceding Millennium Development Goals which concentrated on individual indicators, the SDGs include a Goal to “reduce inequality within and among countries.” This is supported by a further Goal to “promote sustained, inclusive and sustainable economic growth…..and decent work for all.”

These Goals have run into a headwind of political turmoil as the traditional pillars of globalisation are challenged by nationalist sentiment, inspired by the Trump administration. Principled global leadership, international rules with concessions for poor countries are ideals no longer taken for granted. The Doha round of the World Trade Organisation, designed to promote the interests of developing countries, has collapsed.

Technology may have the last say on the shape of an international development model of the future. The opportunities presented by automated production may dampen enthusiasm for low wage outsourced manufacturing and bring the factories back home. The development roadmap for the poorest countries urgently requires an infusion of new ideas.

Iran, Venezuela and Sudan and others lose UN voting rights

12/1/2022: In total, 11 countries are behind on membership dues to the UN, and eight have had their right to vote suspended. Iran has blamed US sanctions for the lack of funds.


10/1/2022: The Economic Community of West African States has announced tougher sanctions on Mali after its military junta failed to meet its deadline for a transition to civilian rule. All member countries have been instructed to shut their borders with the landlocked nation, and to desist from commercial transactions.


28/12/2021: More than 40 million doses of Covid-19 vaccines in East Africa’s government stores are nearing expiry, as apathy and logistical challenges slow down their administration. Given the short lifespan of many of the donations from the West, governments are finding it difficult to dispense them within required timelines.

WHO warns that blanket boosters will prolong pandemic

22/12/2021: No country can boost its way out of the pandemic, according to the Director-General of the World Health Organization. Currently, around 20 per cent of all vaccine doses administered are being given as boosters or additional doses. Priority should be to vaccinate 70 per cent of all populations by the middle of 2022.

Why there is low uptake of Covid-19 vaccine in Africa


20/12/2021: Research from the African Union indicates a number of bottlenecks that have contributed to the failure to achieve higher vaccination coverage in the continent. Only 20 African countries have vaccinated at least 10 percent of their population.


14/12/2021: The Omicron crisis may come to be attributed to global vaccine inequity. Low income countries have received less than one percent of all Pfizer-BioNTech vaccines and 0.2 percent of Moderna’s. Most rich countries have ignored appeals to suspend Covid-19 boosters until the rest of the world is vaccinated. 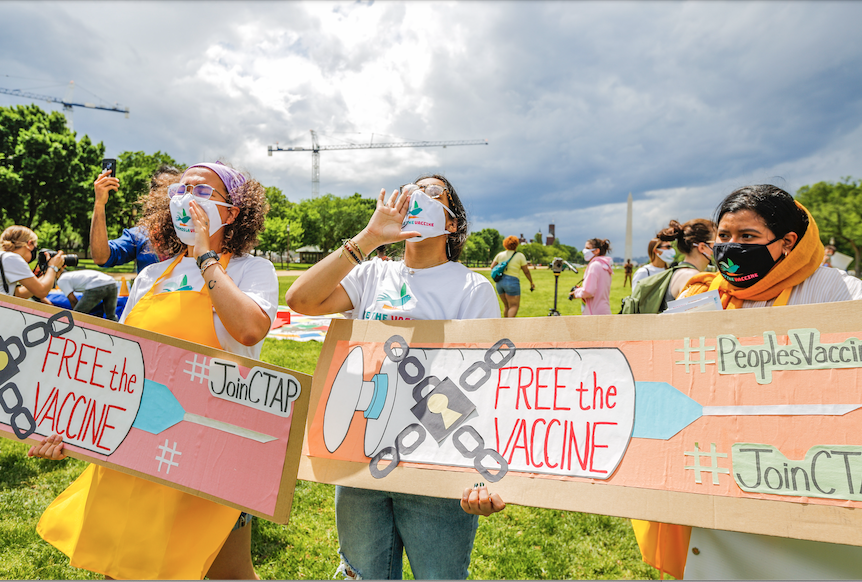 9/12/2021: As the Omicron variant takes hold, Human Rights Watch reiterates the case that sharing of intellectual property, technology, and knowledge is the appropriate rights-based approach to the Covid-19 pandemic.

11/12/2021: The US has imposed extensive sanctions and visa bans on dozens of people and entities tied to China, Myanmar, North Korea and Bangladesh. The move coincides with Human Rights Day and a two-day summit on democracy led by US President Joe Biden.

One billion vaccine doses may not solve Africa’s crisis

10/12/2021: With one billion doses of Covid vaccines expected to arrive in Africa in the coming months, concern has shifted to a global shortage of equipment required to deliver them, such as syringes, as well as insufficient planning in some countries that could create bottlenecks in the rollout.

How international bodies can prevent atrocities


8/12/2021: Atrocities alleged to have been committed over a year ago in Ethiopia’s historical town of Axum have provoked only a feeble international response. Campaigners are calling for a special session of the Human Rights Council to establish an international mechanism for investigating serious abuses by all sides in Ethiopia.