The drive for innovative finance for sustainable development has tended to overlook the potential of basic taxation. Most of the world’s poorer countries have low rates of domestic resource mobilisation as a proportion of GDP, in comparison with developed economies.

The OECD suggests that a rate of 15% is the minimum necessary to support a viable social programme. It reports that, in almost 30 of the 75 poorest countries, tax revenues are below this threshold.

Part of the reason is weak institutional capacity to collect tax, a shortcoming that foreign aid offers to address. Developing countries are also encouraged to phase out government subsidies for fuel which disproportionately reward wealthy households and aggravate environmental pollution.

The greater reason for low tax recovery relates to the volume of illicit financial flows across national borders. These fall into two broad categories – the manipulative accounting practices of multinational companies (including those based within Africa and Asia) and the exploitation of overseas tax havens by local elites and criminal gangs.

Quantifying fiscal leakage of this nature is challenging but researchers believe that capital is syphoned out of Africa on a scale that exceeds the inflows of foreign aid or remittances. A tax justice movement has grown over the last decade to campaign for international regulations against these illicit flows.

The rules for international tax have evolved under the authority of the OECD. In response to tax justice advocacy, that body has made recommendations for reform, but its membership comprises only the world’s richest economies.

Unhappy with their exclusion from this process, developing countries have lobbied strongly for a representative UN body to oversee the fairness of cross-border tax regulations. They seek disaggregation of financial results at country level, data exchange between national tax authorities and greater transparency of structures of company ownership.

Malawi is the only place where democracy has improved under Covid

23/10/2020: Freedom House, a think-tank in Washington, has identified 80 countries where the quality of democracy and respect for human rights have deteriorated since the pandemic began. The list includes both dictatorships that have grown nastier and democracies where standards have slipped. Only one country, Malawi, has improved.

COVAX and the case for multilateralism


22/10/2020: Humanity is facing an unprecedented challenge: develop a vaccine for a novel virus and distribute at least 2 billion doses in just two years. Unfortunately, during this time of crisis, many global players are instead prioritizing narrow self-interest, abandoning multilateralism at the expense of humanity.

24/9/2020: UN Secretary-General Antonio Guterres has reiterated his call for a “global cease-fire”, as more than 20,000 civilians have been killed in the last year in conflicts in 10 countries. His appeal falls on deaf ears in the UN Security Council, thanks to the public confrontation between the US and China vetoing each other’s resolutions.

International community must unite, or be crushed by chaos, warns UN chief

24/9/2020: The UN Secretary-General on Thursday made an unequivocal case for strengthening multilateralism and building trust among the countries of the world in the face of the devastating coronavirus pandemic, which has exposed gaps on multiple fronts.

Polio eradication in Africa points to challenges ahead

25/8/2020: Africa is free of wild poliovirus. But the fight isn't over. Pakistan and Afghanistan still have it. And there's a form of vaccine-derived polio to stop as well. Experts say it may be time to reevaluate disease control.

COVID-19: What will be the new normal 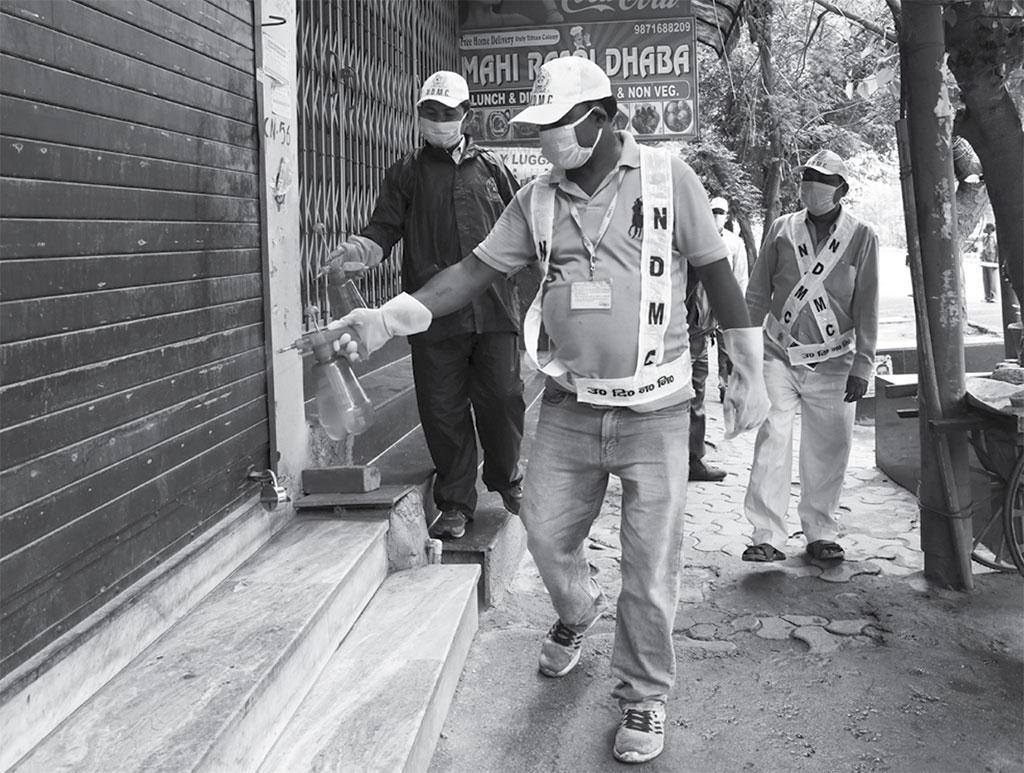 15/4/2020: There are many respected voices who are arguing that COVID-19 shows the end of multilateralism. But if we want all countries to act, then we must build a cooperative agreement, one in which the last person, the last country, has its right to development. We need global leadership in a globalised inter-dependent world.

The US & the UN — a looming confrontation

25/6/2020: The recent attitude of the US towards the UN and its agencies has left many shaking their heads. The biggest funder and the one remaining global super power, the US has been in a foul mood, pulling out of the Human Rights Council, the UN Educational, Scientific and Cultural Organization and ceasing cooperation with the World Health Organization while threatening funding cuts.

In the coronavirus crisis, our leaders are failing us

13/3/2020: Countries are responding to the Covid crisis by retreating into their national silos. A global problem requires governments to work together. Today’s populist nationalism puts us all at risk.

14/2/2020: We cannot turn back the clock of globalisation or the monster world trade system. Everybody wants to be integrated to the world supply chain. But surely, given the almost certain shocks that await us in our world, it is time we re-thought the very idea of globalisation.

Of course there’s a globalisation backlash. It has failed billions of people

13/2/2020: The era of open markets and open borders is over, its demise hastened by the climate crisis, populism and now coronavirus. Stock markets were jubilant when Washington and Beijing signed a trade deal but it's merely a truce of convenience.