Refugee or Migrant?
Human migration presents the most controversial contemporary challenge for principles of human rights. Its scale and volatility have overwhelmed international response mechanisms and reshaped the landscape of national politics.

People moving across national borders with no immediate intention of returning are classified either as migrant workers, voluntarily abandoning their homes to earn a better wage, or as political refugees forced to leave for their own safety.

This crucial distinction is the focus of international human rights law. The 1951 Refugee Convention defines refugees as people who have left their place of habitual residence, “owing to well-founded fear of being persecuted for reasons of race, religion, nationality, membership of a particular social group or political opinion.”

Originally confined to refugees from war-torn Europe, the Refugee Convention was extended by a 1967 Protocol. Migrants from any country are now entitled to seek asylum in one of the 148 countries which have signed either the Convention or the Protocol. “Asylum seekers” are entitled to expect fair and prompt consideration of their claims for refugee status.

The European refugee crisis of 2016 shone an unfavourable light on both politicians and media for their poor understanding of the distinction between refugees and migrant workers. Casual use of language inflamed the situation, pushing the European Union into a transactional settlement with Greece and Turkey. This trend towards prioritising political expediency over individual migrant rights has continued in other aid packages for countries beyond European borders.

However, assessing claims for asylum has unquestionably become problematic. Political persecution and economic deprivation are often connected, rather than distinct, drivers of migration, and likely to impact entire communities as much as prominent individuals. Civil wars render living conditions impossible for families by virtue of geography, as much as political or economic status. The impact of climate change on migration will also loom large in the 21st century, bringing yet more ambiguity to the task of classifying displacement.

New York Declaration for Refugees and Migrants
Recent years have highlighted the fault lines of the global architecture for managing migration – confusion over definitions, failure to respect treaty obligations, recourse by migrants to unscrupulous traffickers for travel arrangements, and recourse by politicians to populist vilification of refugees and migrant workers.

Most of these problems have been long familiar to governments in the developing world, especially in sub-Saharan Africa, the Middle East and Southeast Asia. The sudden ascent of human migration to the top of the international political agenda during 2016 occurred because the richer countries of Europe found themselves in the front line.

The UN’s response in calling a summit in September 2016 raised hopes that innovative solutions might be found. But the New York Declaration for Refugees and Migrants, whilst unanimously adopted, offered little more than a stepping stone to more detailed negotiations.

An annex to the Declaration outlines a Comprehensive Refugee Response Framework, essentially a wish list, resolving to reduce pressures on host countries, to move refugees out of camps into local economies with work opportunities, supported by expanded resettlement quotas and greater endeavour for repatriation. The intention is to gain international agreement for a non-binding Global Compact for Refugees by the end of 2018.

The process is being led by the Office of the UN High Commissioner for Refugees (UNHCR or “The UN Refugee Agency”). The agency combines a humanitarian role with mediation with the countries involved, seeking practical solutions to the difficult situations that often prevail.

A parallel process seeks approval for a Global Compact for Migration, aiming to facilitate safe, orderly and regular migration through international coordination. This will be led by the International Organization for Migration. The IOM was elevated to the status of UN agency in 2016, strengthening its role in logistical support for movements of migrant workers.

The choice of this dual track response to the New York Declaration conveys the intention to sustain a clear distinction between refugees and migrant workers. However, it remains possible that the conditions for obtaining refugee status will be reviewed.

There can be no satisfactory outcome for these Compacts unless the richer countries agree to enhance significantly the financial and hosting burden that underpins all the potential solutions. There is no sign of the political leadership necessary to step into this sensitive territory.

Indeed, there are signs of trouble in Europe where Hungary, Poland and the Czech Republic have refused to implement modest resettlement quotas agreed by virtue of their membership of the European Union. And the US decision to withdraw from the Compact for Migration represents a significant setback. Tread Softly Comment: A real achievement to persuade all countries (except US) to agree to this document which is full of clear wording on rights of migrants. But the  Compact will be non-binding and it makes no attempt to modernize the legal distinction between refugees and migrant workers. Failure of politicians and media to understand this caused much of the chaos in Europe in 2016. One of the Compact's objectives is to minimize "factors......that compel people to leave their country of origin." Compulsion sounds perilously close to the language of asylum and needs clarification. Relevant Briefing: Rights of Refugees and Migrant Workers

28/6/2018: A new director general of the International Organization for Migration has been elected. A senior development professional in London offers advice for clearing up the political mess of global migration policy. Source: IRIN

Save the Aquarius, Save Lives 3/10/2018: Five international rights organizations have sent this open letter to European leaders, calling for action to help the Aquarius, the last NGO search and rescue ship operating in the Mediterranean. Its flag has been withdrawn by Panama. Source: Human Rights Watch

Tread Softly Comment: This Panamanian proxy episode plumbs new depths in the European Union's unprincipled and profligate response to African migration. Not satisfied with funding the Libyan coastguard's capacity to rescue and return migrants to an unsafe country, the EU appears to have conspired with Italy to clear the Mediterranean of ships chartered by humanitarian organisations. There is a petition to Save Aquarius. Relevant Briefing: International Human Rights Law

Statement from UK and France on the Rohingya crisis


24/9/2018: Two important donor countries have expressed their view that conditions in Rakhine State are not yet conducive for the safe repatriation of refugees in Bangladesh. They demand faster progress in three main areas. Source: Reliefweb

24/9/2018: Countries hosting large numbers of refugees join UNHCR and World Bank in support of an ambitious model to respond to displacement crises. The Global Compact on Refugees is expected to be endorsed at the UN General Assembly in December 2018. Source: UN Refugee Agency

Tread Softly Comment: The article contains no evidence that leaders of richer countries attended this meeting, let alone expressed strong support for the Global Compact on Refugees. The Compact aims to restore the established international order for protection and shared responsibility for refugees, at a time when it is crumbling. Approval in December will depend on retention of the existing text which has been watered down to accommodate European countries and others whose current actions are at odds with the aims of the Compact. Relevant Briefing: Compacts for Refugees and Migration


23/9/2018: SOS MEDITERRANEE and Médecins Sans Frontières have accused the Italian government of exerting blatant pressure on the Panama Maritime Authority to revoke the registration of the search and rescue ship Aquarius. Source: Medicins Sans Frontieres

19/9/2018: Pakistan’s prime minister, has appeared to drop his promise to grant citizenship to hundreds of thousands of Afghan refugees living on the margins of Pakistani society. Source: The Guardian

Trump to cap refugees allowed into US at 30,000, a record low 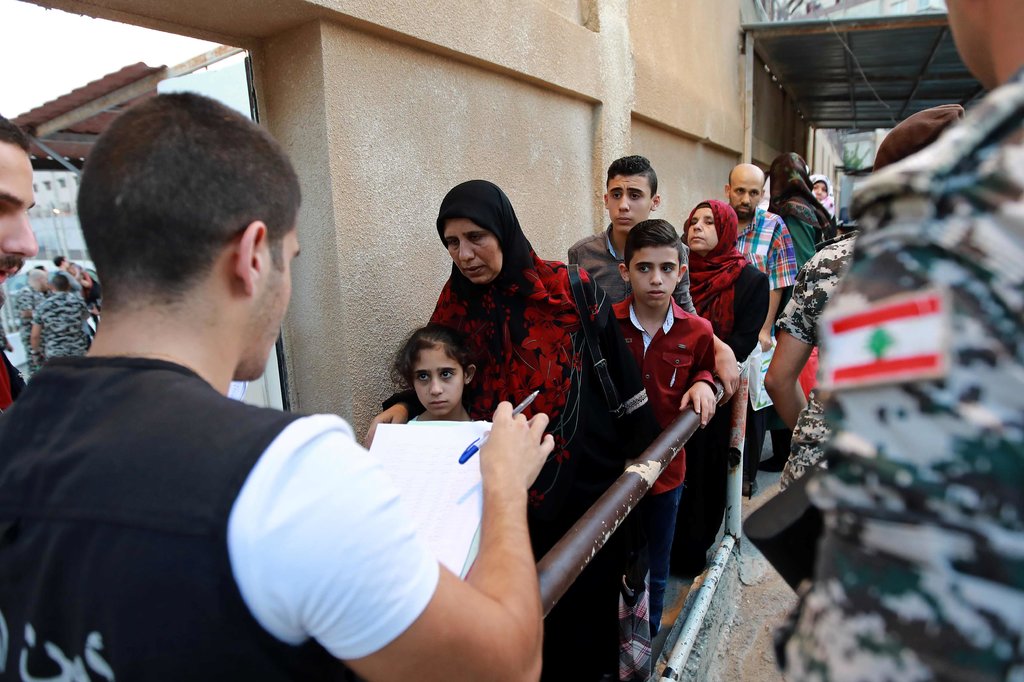 17/9/2018: President Trump plans to cap the number of refugees that can be resettled in the United States next year at 30,000, further cutting an already drastically scaled-back program that offers protection to foreigners fleeing violence and persecution. Source: New York Times

17/9/2018: Pakistani Prime Minister Imran Khan has vowed to grant citizenship to Afghan refugees who have lived in the country for several decades, Pakistan is home to the world's second-largest refugee population. Source: Straits Times