Recent news and analysis about Migration

9/4/2021: Kenya's 14-day ultimatum for the UN Refugee Agency to present a plan for the closure of two camps accommodating 400,000 refugees has expired, as the Kenyan high court issued a temporary stay on its enforcement. The government’s unrealistic demand has already provoked economic losses, psychological distress, and even physical violence amongst the refugees. 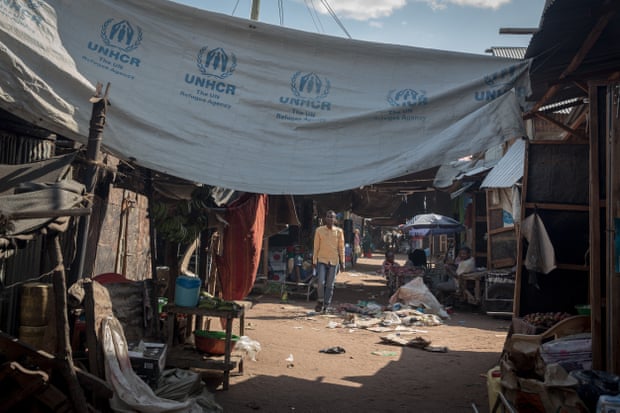 1/4/2021: Kenya has once again threatened to close two huge refugee camps in the country, in a move that has alarmed the UN refugee agency and donor organisations. The Dadaab and Kakuma camps account for 224,462 and 163,299 refugees respectively.

19/3/2021: US President Biden wants to overturn the racist migration policies of Donald Trump but this message has tripled the number of migrants on the Mexico border in the last two weeks. The images are a reminder of the influx of refugees who came to Germany in 2015 after Angela Merkel opened the borders.

17/3/2021: It’s been five years since the EU announced its controversial migration deal with Turkey. This review finds little to applaud in the outcome. The EU has failed to reform asylum policy to an extent that migration is regulated in a long-term manner, let alone uphold its humanitarian values.

8/3/2021: The decision to offer temporary residency will allow an estimated 320,000 Venezuelans to apply to legally live and work in the United States for 18 months. US President Joe Biden had promised in his election campaign to reverse Trump's tough immigration policies.


9/3/2021: A Malaysian court has granted international human rights groups permission to challenge the recent deportation of Myanmar nationals, a major step in a country where the law bars immigration decisions from being questioned in court.


3/3/2021: The military coup has disrupted international money transfer services to Myanmar. More than 4 million migrants work overseas, sending back remittances to their families that amounted to US$2.4 billion in 2019, more than 3 per cent of Myanmar's gross domestic product.


19/2/2021: Democrats have presented legislation for President Joe Biden's plan to create a path to citizenship for 11 million undocumented immigrants, saying there is no justification for denying them a permanent home in the United States.