There is no international consensus for a target world population that can sustain itself within the limits of our planetary resources. Government policies that aim to influence fertility rates are therefore adopted by reference to national social and economic considerations rather than the global good.

With individual countries so widely spaced across the spectrum of the demographic transition, these policies embrace polarised objectives. China provides an extreme example. Within the space of five years, that country has abandoned its controversial one-child policy, first by relaxing it to two children and, more recently, through state media encouragement for families to have three children.

Such concern for the economic consequences of an ageing population has been apparent elsewhere, but through incremental policy measures such as tax breaks and subsidised childcare. For the time being, politicians in North America and Europe shrink from the rational solution of welcoming migrant workers from African countries and others with low dependency ratios. The presence of fiscal incentives to increase fertility rates in over 50 countries, including Denmark, Germany and Japan, is an awkward context for lecturing poorer countries on population control.

Nonetheless, the unwritten goal of stabilising global population is not seriously questioned. Likewise, it is accepted that any policies aimed at minimising population growth should be captured within the international development agenda – because that growth is confidently predicted to occur almost entirely in developing countries. This approach had been formulated at the landmark 1994 International Conference on Population and Development whose 20-year Programme of Action, known as the Cairo Consensus, has proved to be a decisive influence on population policy.

Now coordinated by the UN Population Fund, and articulated in the UN Sustainable Development Goals, the Cairo Consensus clarified that population concerns are not simply a matter of family planning. They must also be addressed by redoubling commitment to national poverty reduction plans in general and women’s education, health and economic empowerment in particular.

India provides a vivid example of how a full period of schooling for girls reduces the risk of teenage marriage and increases awareness and demand for contraception. The state of Bihar has India’s highest fertility rate (3.2), alongside the largest percentage of illiterate women (26.8%). By contrast, low-fertility Kerala has a literacy rate of 99.3%, the result of decades-long state focus on basic education and health care.

The 5th Sustainable Development Goal (SDG5) accommodates this philosophy, aiming to “achieve gender equality and empower all women and girls.” The Goal relating to health (SDG3) addresses family planning concerns through the target for “universal access to sexual and reproductive health rights.”

However, the UN’s 2021 progress report for SDG5 delivers a gloomy prognosis for gender-based policies. Slow progress has been aggravated further by Covid-related setbacks for all aspects of women’s empowerment in low income countries.

Efforts to deliver sexual and reproductive health rights are also struggling. In sub-Saharan Africa only 56% of women hoping to prevent pregnancy are using modern contraceptives.

This is not to deny that consistent policy vision over the last two decades has led to a reduction in high fertility rates, prompting a lower rate of growth of the global population. Child mortality has fallen sharply. Countries such as Ethiopia, Rwanda and Botswana may be on track for more advanced demographic profiles.

But the average total fertility rate in sub-Saharan Africa remains as high as 4.6, generating alarming population projections for some countries. Some African leaders have themselves sustained the tradition of very large families, missing the opportunity to break down the cultural barriers that impede change. 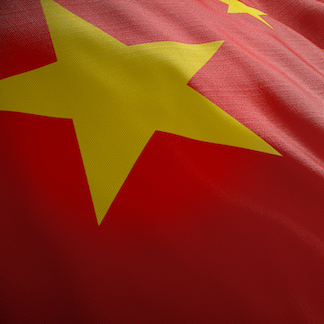