to filter these selections by theme, click on the menu above
WTO inches towards agreement on fishing subsidies

28/7/2021: After more than 20 years of negotiations, the World Trade Organization has moved a step closer to an agreement on ending harmful fishing subsidies. The deal would set new rules for the global fishing industry, eliminating subsidies for illegal, unreported and unregulated fishing and that contribute to overcapacity and overfishing.


30/7/2021: The Biden administration will put foreign assistance at the center of addressing the movement of people from Guatemala, Honduras, and El Salvador. The plan responds to the brief to help Central Americans to be prosperous at home.


31/7/2021: Buoyed by the Rwandan military’s early successes in tackling the Mozambican Islamist insurgents, Southern African countries have started deploying forces to the troubled country to counter the terrorists. The Southern African Development Community, the 16-member regional bloc, agreed at an extra-ordinary summit in Maputo in June to deploy a force to help contain the Islamists.


30/7/2021: A rapidly escalating conflict has pushed Africa’s second most populous country to the edge. The main protagonists urgently need to strike a deal to avert a downward spiral toward state collapse

26/7/2021: Debate is heating up on whether the famines of tomorrow will best be prevented by intensive production – driven by technology – or by smaller-scale, eco-friendly practices. Many activists and farmers’ groups are boycotting preparations for September’s first-ever UN Food Systems Summit.

28/7/2021: The Director-General of the UN Food and Agriculture Organization has called for renewed global efforts to end hunger and malnutrition by 2030. There was broad agreement at the Pre-Summit to the autumn UN Food Systems Summit that current agri-food systems do not work for much of the world population – or indeed, for the planet.

Towards a rigorous Code of Conduct for the South China Sea 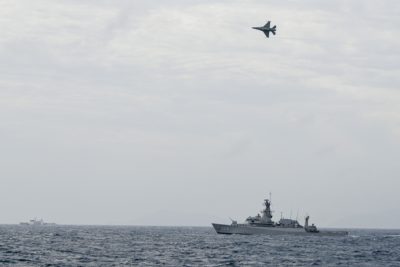 30/7/2021: Maintaining peace and security in the South China Sea is one of the most important issues in Southeast Asia. Negotiations for a South China Sea Code of Conduct have already been delayed a year due to the COVID-19 pandemic and a meeting planned for July has now been postponed.


30/7/2021: Two international development experts argue that the UN's Sustainable Development Goals were over-ambitious from the start. Poor progress towards 2030 targets should not be blamed entirely on Covid-19.

Plans for new mRNA malaria vaccine in aftermatch of COVID-19


29/7/2021: BioNTech has announced that it is developing an mRNA vaccine to prevent malaria. The company is drawing on the technology from its COVID-19 vaccine. Progress in eliminating malaria has stalled — there are more than 200 million cases and 400,000 deaths every year.

29/7/2021: According to the World Health Organization nearly four million doses of coronavirus vaccines from the UN-partnered COVAX initiative arrived in Africa last week, compared with just 245,000 for all of June. WHO hopes that COVAX will ship 520 million doses to Africa by the end of 2021. Just 1.6 per cent of Africa’s population, are currently fully vaccinated.