The horrors of the Second World War provoked unprecedented determination to establish a global framework of international cooperation. Under the auspices of the United Nations (UN), new international institutions were established to govern cross-border issues, initially focusing on peace and human rights, before targeting stability of the global financial system and the expansion of world trade.

The governance of these international bodies reflected an uneasy compromise between principled democracy and desire of the victors of the conflict to call the shots. Whilst the UN General Assembly and its specialist agencies offered equal voting rights to every country, the all-important UN Security Council retained powers of veto for US, UK, France, Russia and China. Governance of key financial institutions such as the World Bank and IMF was weighted in favour of the richer countries which underwrote the investments.

Inevitable dissent over this profile of global governance coalesced into two broad factions. Richer countries, obsessed with optimising economic growth, rail at the power of the majority to prioritise the needs of low income economies and reducing global poverty. Principles such as the transfer of financial and technology resources from richer to poorer countries come under constant attack by the former.

The US has been the most strident critical voice, refusing to participate in the UN Convention on Biological Diversity and, more recently under President Trump, giving notice of withdrawal from the landmark Paris Agreement on climate change.

The very different perspective of the world’s poorest countries observes that their right to development has been impeded by undemocratic global governance. They argue that the international rules for conduct of a globalised economy have been created by the dominant participants, inevitably offering few favours to those yet to gain a foothold. Regulations for international trade, investment, tax and intellectual property rights are the principal examples of economic injustice, too often blind to national development goals and individual human rights.

For example, whilst economic and digital integration powered by private capital has advanced at lightning speed, political globalisation moves at snail’s pace. In more than twenty years since the fall of the Berlin Wall, governance structures of the World Bank, IMF and the World Trade Organization (WTO) have remained largely unchanged.

Control of policy and senior appointments is dominated by the richer countries; governance continues to be driven by economic power rather than democratic principles. The UN Conference on Trade and Development (UNCTAD), established in 1964 to strengthen the voice of developing countries in international trade negotiations, has been deprived of resources necessary to sustain its role.

Poorer countries therefore argue that strong nation states remain more powerful than global institutions established for the common good. They point out that 69 of the world’s top 100 economic entities are corporations, answerable to no electorate. Horizons of accountability have become incompatible with the global consequences of actions. International finance in particular has moulded an earthly paradise from the stardust of globalisation; too big to fail, too complex to regulate, and too mind-blowingly lucrative to care.

The fitness of these international institutions to manage the forces of globalisation is therefore no longer taken for granted. Belated recognition of current global governance shortcomings emerged in the Sustainable Development Goals, approved by world leaders in 2015. Target 10.6 calls for “enhanced representation and voice for developing countries in decision-making in global international economic and financial institutions.”


9/1/2020: Amid an era of rising geopolitical tensions and declining trust between nations, the United Nations Secretary-General has encouraged countries to “come home” to a defining document of the international community: the UN Charter.

Africans want open borders, but can they overcome stumbling blocks?

18/12/2019: Africa's new free trade deal is a building block in its plan to achieve prosperity and unity. Yet stumbling blocks in the form of border and trade disputes make a borderless continent seem decades away.

21/11/2019: More than 12,000 charities have been told they can no longer operate in Uganda. Government critics raised fears that the regulatory measures effectively amounted to a purge.


5/11/2019: Trump’s trade restrictions have reversed decades of uneven trade liberalization. This policy U-turn has strengthened earlier doubts about its ostensible benefits, not only for American workers, but also for developing countries, who have long insisted that international trade gains and costs are unequally distributed among nations.

14/10/2019: Fierce debates surrounding recent trade negotiations show that it is no longer possible to find the balance in trade policy that creates broad social acceptance. The assumption that everyone will benefit from the expansion and liberalisation of global trade cannot be taken for granted.

Collective action now is the only way to meet global challenges 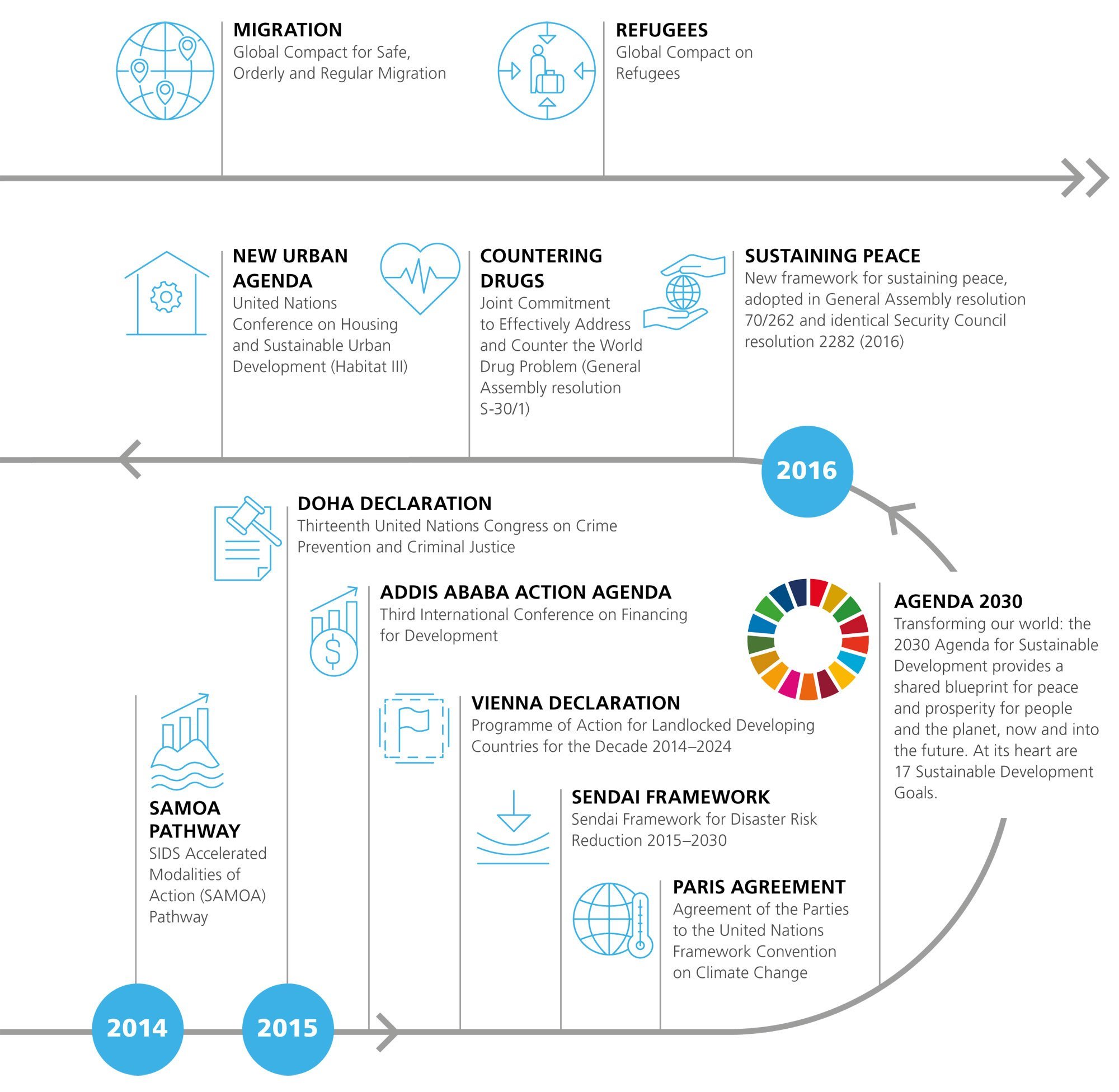 23/9/2019: The global challenges of our time beg global solutions, and we must continuously demonstrate the merits of multilateral cooperation, says the UN Secretary-General, launching the 2019 UN annual report.

Globalisation as we know it will not survive Trump

8/8/2019: The seemingly inexorable drift towards protectionism, evidenced by the trade war between China and the US, is part of a deeper crisis of the international status quo. This may be the time for a new world order which makes room for local solutions and the nation state.

The G7 is a relic of a bygone age

26/8/2019: The Biarritz summit drew attention to the flawed system of global governance, represented by the G7, which is failing to respect multilateralism and the fabled rules-based international order. A fundamental rethink may be unavoidable.


30/7/2019: July 2019 saw the 75th anniversary of the historic conference of 44 countries held at the Bretton Woods resort in New Hampshire during July 1944. Seeking a new international monetary system following the Great Depression, the BW conference created the International Monetary Fund and the International Bank for Reconstruction and Development.

5/6/2019: The African Union (AU) is celebrating the establishment of the African Continental Free Trade Area, which came into effect on 30 May. All member states of the AU are now legally bound to allow African goods to be traded without restraint throughout the continent.