Modern communications not only drive the forces of globalisation but also ensure that awareness of widening global inequality is ever more intense. The dream of relocating from a poorer to a richer country is a natural and inevitable human response.

Demand for migrant labour is determined by the extent to which a domestic workforce is unable or unwilling to meet the needs of its national economy. There may be shortages of skills or, more typically, vacancies arise in jobs rejected by the local population, often described as “3D” (dirty, dangerous and difficult).

Globalisation has commoditised labour migration, notably in many Middle Eastern countries which are almost totally dependent on Asian migrants for 3D jobs rejected by nationals. The hosting of the 2022 football World Cup in Qatar has boosted this demand. Airlines construct their schedules to serve the routes taken by migrants; the receiving countries build infrastructure not just to house foreign labour but also to accommodate cultural needs.

However, these formal channels of migration can never provide an adequate match with the global supply of labour. Ideological passion for free movement of goods, capital and information is not extended to people. Many aspiring workers choose to take their chance as “undocumented” migrants, entering a country by overstaying a visa or by crossing an unprotected border.

Work is often to be found thanks to opportunist employers who ask no questions in return for a pliant labour force, unable to demand the protection of minimum standards of pay and conditions. The UN estimates that there are over 30 million undocumented global migrants, including 11.3 million in the US.

Recent news and analysis about Migration

Biden signs order to ramp up refugee admissions to 125,000 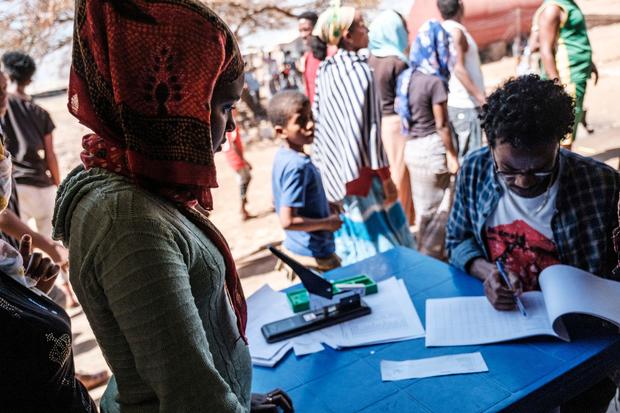 4/2/2021: President Biden has called for an expansion of the decades-old US refugee program, which was gutted by former President Trump, who frequently portrayed refugees as economic and security risks. Trump allocated a historically low 15,000 spots in 2020.

Refugee resettlement at a record low in 2020 25/1/2021: Despite an estimated 1.44 million refugees in urgent need of resettlement globally, only 22,770 were resettled through the UN Refugee Agency, last year. These are the lowest refugee resettlement numbers the agency has witnessed in almost two decades.

25/1/2021:  By and large, resettlement and other migration pathways have become increasingly limited during the pandemic. Wealthy nations around the globe can do more to help ease the burden.

28/1/2021: Refugees are increasingly at risk of being forcibly pushed back from European borders, according to a UN report. The UN Refugee Agency has said that boat arrivals were being sent back out to the open sea and people who managed to reach the shore were pushed back into their vessels and forced to leave.

15/1/2021: COVID-19 has disrupted all forms of human mobility through the closing of national borders and halting of travel worldwide. Preliminary estimates suggest that the pandemic may have slowed the growth in the stock of international migrants by around two million by mid-2020.


12/12/2020: Of the more than 5.4 million Venezuelans who have left their country, an estimated 4.6 million remain in Latin America and the Caribbean. UN agencies have launched a $1.44 billion appeal to meet the needs of Venezuelan refugees and migrants and host communities in 2021.

19/11/2020: The number of refugees resettled in safe countries will hit a record low in 2020, the UN Refugee Agency has warned. However, the UK has announced that its resettlement programme is resuming following a temporary pause as a result of the pandemic.

18/10/2020: Payments by international migrants to support their families back home have declined dramatically amid the global coronavirus outbreak. The World Bank predicts a further fall in remittances because of high global unemployment among migrants.